Status of ITS resources

Kansas Center for Agricultural Resources and the Environment (KCARE)

The long reach of Extension

It might be something we take for granted, but in countries like Ukraine, land grant systems and extension services don’t really exist. This is due to the country’s history. When the Soviet Union collapsed, the collective farming system also dissolved, leaving thousands of “owners” on each farm with little to no expertise about what they could and should do with their land.

“We are who we are because of tradition,” Devlin explained to a group of Ukrainian government and industry officials in Kiev. This group of leaders wants to improve their country’s system with the help of experts like Dr. Devlin, who was able to present the history and overall organization of K-State’s extension efforts. He also discussed partnerships between producers and the university, researchers and county extension agents; Dr. Devlin also highlighted how KSRE works to get new technologies to producers.

It is hoped that by using K-State’s model of teaching, research and extension, farmers in places like Ukraine will be able to reap the benefits of a successful agricultural economy. 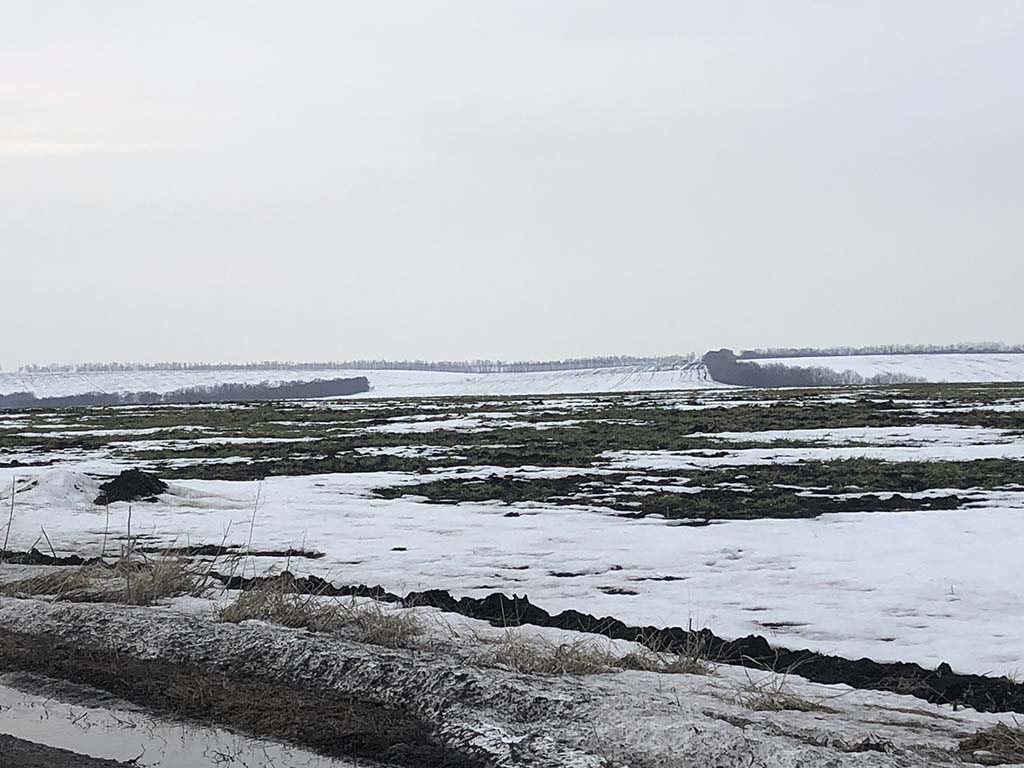 When someone mentions the crops wheat, corn and sunflowers, the location that comes to mind is probably not Ukraine. It turns out, though, that this eastern European country has quite a lot in common with the Sunflower State; most of its land is agricultural, and agriculture is its largest export industry. When the country was still a part of the Soviet Union, it also produced a lot of livestock.

The dissolution of the Soviet Union led to the loss of the livestock industry, which caused another shift in Ukrainian farming: with no cattle to graze the crop stubble, farmers started using fire to eliminate the leftover crop residue after each growing season. This type of burning was also practiced in Kansas in the past. Today, these regular burns create a lot of black carbon in Ukraine, which in turn has a big impact on the world’s climate.

Today, however, Ukraine wants to revitalize its agricultural sector while moving toward meeting European Union requirements for conservation and climate. With support from the International Cryosphere and Climate Initiative (ICCI), Dr. Devlin was able to share ideas about how farmers in Ukraine can move from full tillage to conservation tillage or no till. Using examples from Kansas farms, he explained that these cropping strategies could help eliminate the need for burning, which would then greatly reduce the amount of black carbon.

Dr. Devlin’s presented his remarks to a large group of academics, representatives from government agencies and farmers at the National Institute for Soil Sciences and Agrochemistry Research in Kharkov, a city located less than 20 miles from Ukraine’s border with Russia. He presented an overview of Kansas climate and crops, as well as an in-depth look at the benefits of converting from traditional tillage to conservation tillage or no till. These benefits included: increased yields, improved soil moisture, savings on fuel cost, a decrease in topsoil loss and fewer environmental impacts, such as black carbon.

What is Black Carbon?

Black carbon is the name given to the small soot particles resulting from a natural fire or from burning materials. Black carbon, or BC, is produced naturally during events such as forest fires, or as a result of emissions from diesel engines, cook stoves, or wood-burning fireplaces.

Scientists have been studying how BC contributes to climate change. According to the International Cryosphere Climate Initiative, BC affects the icy regions of our planet quite a lot. These soot particles deposit themselves on snow and ice, which speeds melting.